During our human life, one of the natural things is Grief, regardless of if it is for a pet that unfortunately met an untimely death or a close family relative who may have passed. However, you might be very shocked to discern just how much grief could impact on the physical health of individuals. Researchers are consistently finding that grief is a physical phenomenon which has severe and widespread effects on the health of humans, from digestion to cognition to the way in which we sleep. According to clinical psychologist, Josh Klapow, grief is equally physical as it is emotional.

As documented by scientists, humans seem not to the only animal that experiences grief; evidence has confirmed that other species which include apes, dolphins and birds, might display attributes that are consistent with missing and mourning a companion that have passed on, however as humans are unable to actually talk to animals regarding their emotions, therefore it is impossible to be precisely certain. Also, being bogged down by grief is a more all encompassing experience than most persons could even envision, encircling a variety of different areas of human health. It should be noted that in the midst of mourning, an individuals’ feelings are legitimate and should not be forced into just getting over it. However, if the grief of the individual is starting to affect them physically in the ways highlighted in this article, then they should contact their primary health provider and have a conversation on how to handle it and begin healing.

It Can Change Your Thinking

The brain becomes rattled by grief and this could be in a very sever way. According to experts the process of handling grief takes a considerable emotional toll. The sadness, fears, frustrations and worries all have an impact on the central nervous system of individuals. What is more is that it could also cause disarray to the memory of the individual; persons that might be grieving could discover that it is quite difficult to retain information from their past, except for those memories that encompass the individual that has passed on, and found it incredibly hard to picture a life without their relative.

It is also very much more likely for an individual that has lost a spouse could begin to display symptoms of severe mental health concerns afterwards; a publication in JAMA Psychiatry in 2017 observed that over six million Danish individuals, after losing a significant other to suicide made persons more susceptible to developing severe anxiety and depression. Individuals, who have lost somebody, could also suffer difficulty concentrating.

It Could Exhaust Persons

Severe exhaustion is typical among persons who are dealing with strong emotions, such as mourning. Persons that are experiencing grief that are feeling strong emotions could become physically exhausted. It could resemble a physical and emotional workout. Grief could be fatiguing due to the fact that is taxing emotionally, and all the work could do a number on the body. Persons might feel tired and drained for the majority of the day. Headaches could also be experienced as well.

It Could Cause Literal Heart Problems

Dying from a broken heart is totally a realistic thing. This syndrome, known as broken heart syndrome, involves pains in the chest and blood flow concerns. However, heart problems resulting from the death of someone close are substantial. Persons who are suffering from grief might be feeling much more agitated and frustrated, which could cause symptoms physically like heart palpitations and difficulty breathing. A study conducted in 2012 with roughly 2,000 participants discovered that in a twenty-four hour timeframe directly after a severe stressful episode of grief, the chance of heart attack or a myocardial infarction increases by twenty-one percent. Grief can be so extremely stressful that is could result in a domino effect of consequences in the body, from increased blood pressure to thicker blood overall.

It Could Make Persons More Prone to Infection

According to research conducted in 2014, grief results in a crash of the immune system and makes persons much more susceptible to illness. Individuals suffer extreme immune system issues following exposure to stress, which could get worse as the individual ages and the body then becomes less proficient in handling the rises in the stress hormones effectively. Physical exhaustion which is catapulted by emotional surges and abandonment of self care could and would often place grieving individuals in a compromised physical condition. The chief element in this is the DHEAS hormone, which reaches its peak while individuals are still young and it is normally able to restrain the effects of cortisol, which is the stress hormone. As persons continue to age, the levels of DHEAS continue to reduce and cortisol wreaks havoc on the immune system and the chance of becoming sick increases.

It Could Wreak Havoc on the Digestive System

After experiencing grief, it is quite common that it could affect the digestive system and result in issues with appetite. Serious stress can cause the connection between the brain and the gut to be thrown into disarray. It is considered as one of the largest stressors known to man, and the nervous system of the stomach is severely affected during events such as this, prompting gastrointestinal issues such as a complete lack of appetite or a painful or slow digestion. Individuals in mourning quite often consume more or less food that normal and might experience gastrointestinal issues.

It Could Disorder Sleep

Sleep disturbance and insomnia are both very typical in persons that are trying to cope with bereavement. Research has discovered that their sleep patterns were often intensely interrupted, and the more the individuals tossed and turned, the likelihood that they would pass away early. It is very usual during the process of grieving to abandon self care, from adequate sleep to proper eating habits. 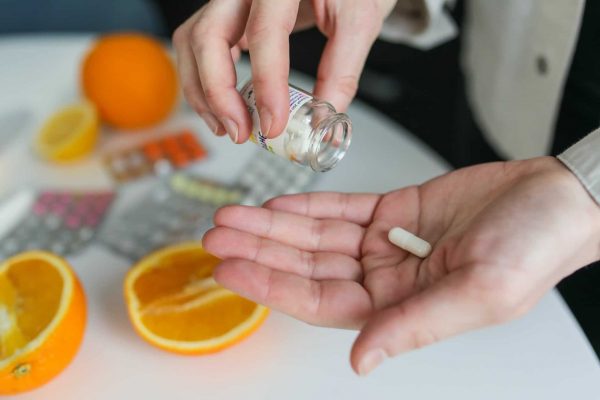