7 Habits You Didn’t Know Could Cause Hemorrhoids

The majority of individuals might have heard of them, or might be one of the unlucky one in twenty individuals that have had them. Even though, individuals still wonder what really are hemorrhoids? They are swollen, inflamed, and dilated veins located in the rectum. They might be asymptomatic, or they might result in some discomfort and sporadic bleeding. The following are habits that could lead to the development of hemorrhoids.

Individuals might think it is harmless to lift up one end of the couch as they move it. However, it could lead to the individual bearing down too hard. This amplifies the pressure on the rectum, leading to the veins, known as the hemorrhoidal plexus, swelling up like a balloon. Regrettably, there is no guaranteed method of avoiding this entirely. What can really help is the individual lifting with their knees and not their back. As this is the correct technique.

Being Over Ambitious During Gym Time

For similar reasons as trying to lift a huge object could lead to the development of hemorrhoids, so too could lifting heavy weights during gym time. The plan is always to challenge yourself, however, ensure that the workout is being catered to the individual’s abilities. The use of the correct weights is also an important factor as well.

Sitting On The Toilet For Long Periods

If an individual is contemplating the causes of hemorrhoids, they should consider the time they spend on the toilet. It might be quiet and relaxing, however sitting on the toilet for too long could result in gravity placing excessive stress on the veins. According to experts, take as much time as required to go, however, once completed, flush and get up.

Diet Is Not The Best

If the individual is going on too many fast foods runs, or delivers or they are depending on packaged snacks. The individual might not be receiving adequate amounts of fiber. The essential nutrient assists in bulking up and softening the stool, in an effort for it to pass through the gastrointestinal tract easily and smoothly.

Eating enough fiber, regardless of if it is supplemented, food, or a combination, results in stool that is bulkier. This tends to lead to stool that is softer as well. The normal daily intake for adults is between twenty-five to thirty grams of fiber. It should be accompanied by sixty-four ounces of fluid. Supplementing with fiber assists in the reduction of symptoms of hemorrhoids and bleeding.

Another frequent symptom of developing hemorrhoids is having to go too often. Individuals might think that the conclusion would be the complete opposite. However, defecating multiple times per day could mean that the individual is spending prolonged periods on the toilet, possibly straining and bearing down. The solution here is to resolve the underlying issue that causes diarrhea. It might be something viral such as the flu, medications, irritable bowel syndrome, or a foodborne illness. Or it could just be a case where the individual needs to alter their diet. 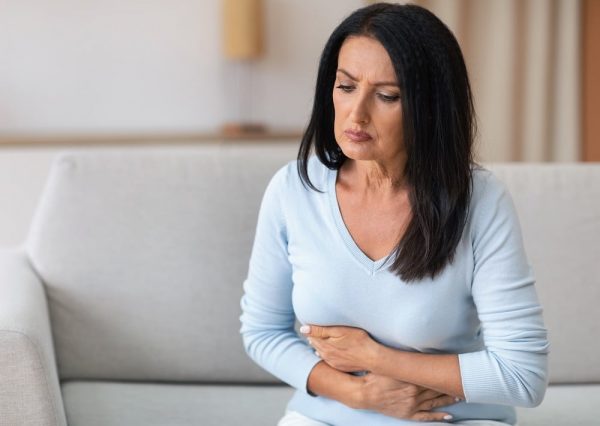