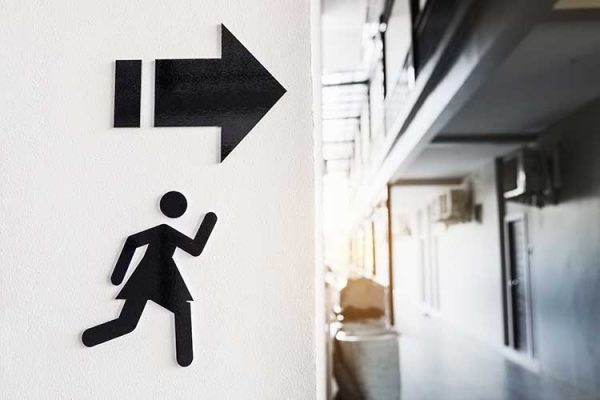 Even though everyone is different from each other, the majority of adults urinate between five to seven times on average within twenty-four hours. This occurs predominantly during daylight hours. In the event that an individual is urinating in excess of this, it does not necessarily indicate that something is wrong. The following will highlight the reasons that are common and not so common for frequent urination.

What really is excessive urinating? The answer to this is really anything that goes beyond what is normal for the individual. However, if the individual is urinating more than eight times per day. Or need to wake up multiple times during the night in order to urinate, this could be of concern. Causes of or reasons for frequent urination may be as simple as consuming too much alcohol or coffee. It could even be from cancer, although rare, diabetes, or urinary tract infections.

Consuming Too Much Fluid

What goes in must eventually come out. Too much of any liquid could result in an increase in urination. Alcoholic and caffeinated beverages are even more likely to amplify the need to urinate due to the fact that they are diuretics. This means that they increase the output of urine. Another culprit is the citric acid that is found in citrus foods. Spicy foods could also encourage this process. Another contributing factor is vitamin C in the supplements or in the diet. In situations such as these, the solution is as simple as reducing the amount of the suspected offenders.

UTIs or urinary tract infections impact both females and males; however, not in equal ways. Females are much more susceptible, in particular just prior to menopause. These infections attack the urinary tract, which is the corridor comprising the urethra, which transports the urine from the bladder to the outside; the ureters, which carry the urine to the bladder from the kidneys; bladder, and kidneys. Anytime an individual suddenly has experiences urinating frequently, the first thing to rule out is a urinary tract infection. Approximately eighty-five percent of all UTIs are due to bacteria and can be treated with antibiotics.

This is also referred to as painful bladder syndrome. It is a chronic illness that impacts more females than males between the age of twenty to forty. Very often this condition is confused with urinary tract infections; however, there is no bacterial growth. Experts believe that it is a condition originating from the bladder lining, detecting that the bladder is full and linking it to pain. Individuals with this illness also suffer from conditions such as depression, anxiety, irritable bowel syndrome, chronic pain, fibromyalgia, and endometriosis.

In the initial stages of the pregnancy, the frequency of urination is due to the increase in human chorionic gonadotropin or HCG, which is a hormone. As the pregnancy progresses, the fetus begins to place pressure on the bladder, which results in the need to empty the bladder more frequently. This is not something to be concerned about, unless the individual suspects a urinary tract infection, which typically is accompanied by pain and burning. In the event that the individual believes that they have a UTI, ensure that the health care provider assesses and treats it, ensuring that it does not spread to the kidneys.

Benign Prostatic Hyperplasia or BPH is the medical term for an enlarged prostate. The prostate gland that produces a part of the fluid in the semen, is found under the bladder. It also wraps around the urethra. The prostate normally becomes larger as men become older. This is typical, however, due to where it is positioned, the gland could place pressure on the urethra, interrupting the flow of urine. As a result, individuals are unable to empty their bladder entirely. This makes the individual feel the need to urinate more often, in particular during the night. This is a common condition. Roughly fifty percent of males between the age of fifty-one and sixty years old have enlarged prostates. And approximately ninety percent of males are eighty years or older. Medicines that allow the bladder and prostate to relax could assist.

Estrogen levels decline as females continue to age, predominantly after menopause could result in frequent urination. According to experts, due to the receptors for estrogen in the urethra, changes in the hormones could affect the function of urinary elimination. The process of childbirth could weaken the tissues around the pelvis area, which could contribute to urinating frequently.

As stated by the experts, an overactive bladder is not an actual disease, but rather a collection of symptoms. It is due to the brain erroneously instructing the bladder to empty, even when it does not have to. At times this could be as a result of the bladder contracting excessively. Leading to the individual urinating before they really need to.

One of the trademark indicators of diabetes mellitus is the urge to urinate all the time. It occurs both in type I and type II diabetes. Especially in the initial stages and when the disease is not managed effectively. This is due to the kidney’s requirement to eliminate additional water in order to dilute and release excess blood sugar. Constant urination leads to the individual feeling thirsty, which is another common indicator of diabetes. Obesity, which is associated with type II diabetes, is also connected to frequent urination.

Most individuals understand firsthand how this condition is linked to frequent urination. If they have ever felt the need to urinate right before making a huge presentation. A study conducted in 2016 uncovered that individuals with overactive bladders were more likely to suffer from anxiety. The worse the anxiety becomes, the more distinct or noticeable the bladder symptoms.

This is extremely rare, so individuals do not have to be overly concerned. It also predominantly has other symptoms as well. This is not necessarily the initial thought the health care provider would have if the symptom is frequent urination. There are typically other signs such as blood in the urine that are associated with bladder cancer. However, blood in the urine in itself is not a total cause for concern, as it could be less ominous conditions causing this as well. Individuals should definitely consult their health care provider if they notice blood in their urine.

The Importance Of A Healthy Breakfast

Worst Habits You Should Avoid If You’re Over 50

Everything You Need To Know About Vitamin D