A very common complaint is that of neck pain. The neck muscles could be under pressure from poor posture, regardless of if it is from hunching over the workstation or leaning over a laptop. Another cause of neck pain is osteoarthritis. However, there are some other very surprising factors that might be the reason for an individual waking up with their neck hurting.

Constantly On Your Mobile Device

As mentioned, constantly being in a bad posture is one of the leading reasons for neck pain. The more time spent with the head in a pulled down or forward position, such as the position the neck is in when persons are attached to their mobile device, results in additional work for the vertebrate of the lower neck. It also puts pressure on the muscles of the upper back due to the fact that they are the counterbalance for the movement of the head. This position has birthed the term ‘text neck, which is an issue due to the fact that it keeps the neck in a flexed position for a prolonged period of time.

Attempt maintaining the mobile device as close as possible to eye level in order to prevent neck strain, it is possible that lying down while texting might help. This goes for desk jockeys as well, when sitting at the computer desk, look directly ahead, the eyes should be looking straight on top of the screen of the computer. If additional leverage is required, try stacking some hardcover books or something similar and sturdy under the screen so that it sits in a higher position than you do. Also, ensure that frequent breaks are taken to ensure that the neck has time to recover.

Being stressed is another pain in the neck, literally. The body defaults to muscle tension as a reaction to everyday stressors, which could lead to the person pulling their shoulders up, resulting in muscle tightness and headaches. Individuals should try honing their attentiveness to how stress is impacting them and take action in order to relax. Try practicing meditation or even some forms of yoga to aid in relaxing.

If you are a smoker, consider that this could be a reason for the pain in your neck. Smoking increases the speed of degenerative disc disease. There are specific chemicals found in cigarettes that cause the arteries to harden and reduces the supply of blood to the muscles and the bones, this process starves them of nutrients. Plus the way many people smoke could result in neck pain.

Sleeping In A Funny Position

This practically happens to each individual, but in particular, those that sleep on their stomach, as documented by the Harvard Medical School. Lying on your back while sleeping or even on your side, using a pillow that is less firm and smaller, will enable the neck to be in a more neutral and restful position, plus using a curved travel pillow as you sit watching television or travel for a prolonged period on a train or plane could assist in preventing a crick in the neck when you awake.

Going Too Hard At The Gym

Improper posture, such as failing to keep the spine and chin in a natural position, is considered the most typical cause of post-exercise neck pain, as stated by the Harvard Medical School. In general, if persons keep their chin down, as compared to extending it forward, could assist individuals in maintaining the neutral position that they require to prevent pain.

You Travel With Everything But The Kitchen Sink

Females have the likelihood over males to suffer from chronic neck pain, as documented by the Institute for Quality and Efficiency in Health Care, it is reported that thirty-three percent end up with pain in the neck yearly. One of the reasons for this lies in their handbags. Several females do not recognize the pressure that their pack everything in handbag has on their neck and shoulder muscles. According to medical professionals, females that travel with handbags or purses have a tendency to wear them on the preferred side; therefore it pulls on that shoulder resulting in a slope. Females should have as little as possible in their handbag or purse and alternate the side that the load is on frequently.

Even though the action of blowing bubbles is considered to be a stress reliever, consistent laborious jaw movement could result in headaches and neck pain. Chewing gum results in the stress of the region of the jaw where it connects to the base of the skull and could put pressure on the muscles in the neck and also the head. There is a very simple solution to this particular issue, if pain develops, try reducing the amount of gum chewing and assess if this helps.

previousRidges In Fingernails: Causes, Symptoms And Treatments
next11 Simple Solutions That Can Help Stop Snoring 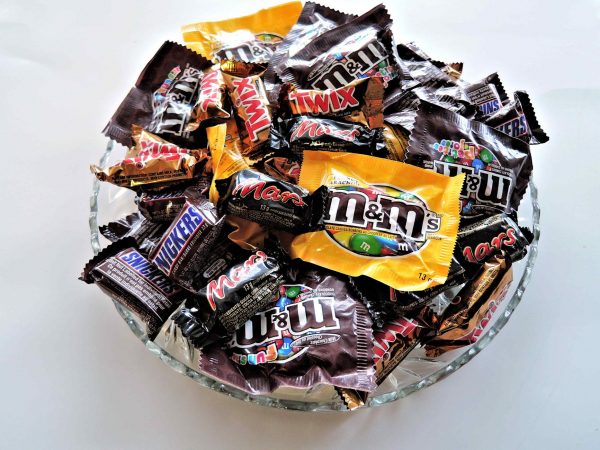