The Transformation Of Buffets In Las Vegas

What happens in Vegas stays in Vegas. Most of us have seen the movie, Hangover which is why we have a slight idea about what Vegas entails. Las Vegas, infamously known as the Sin City, is a crowd attraction for several reasons. It is famous primarily for its shopping, entertainment, nightlife, and gambling. This is the place where you can find Marilyn Monroe, Michael Jackson, and Elvis Presley. When the world sleeps, Las Vegas comes to life, which is why Sin City is quite apt for the world’s entertainment capital. But apart from the shine, glamour, and casinos, Las Vegas is also the birthplace of buffets.

How Exactly Did The Buffet Become A Las Vegas Attraction?

The story begins with the opening of the first-ever casino in the famous Las Vegas Strip, El Rancho, in the year 1941. To keep the casino crowds after the late-night show, owner Beldon Katalman introduced the very first Buckaroo Buffet. However, he and his customers referred to the buffet and his culinary expertise as “chuck wagon.” This buffet comprised a variety of cold cuts and a few hot dishes. All this was available at the price of one dollar because they based this western-inspired dining system on profit and practicality. This idea was a great way of keeping hungry gamblers fed without putting up with the expense of a full-service restaurant.

Needless to say, this idea of Beldon Katalman was a roaring success. Soon it was adopted by various operators all over the town. For them, it was a cost-cutting method. The next step to the budget was expanding the late-night hours to daytime hours. The introduction of late-night buffet may be credited to El Rancho, but it was Frontier and the Synes that started the “hunt breakfast” in the 1950s. By the year 1968, the buffet was adopted by all the major casinos in Las Vegas for all three meals. The price points played a massive role in the spread of the budget. Even the grandest spreads at places such as the Caesars Palace and Dunes cost 2-3 dollars, respectively.

In the 90s, the Rio and the Mirage opened in Las Vegas. With the Rio came several innovations, like an all-suite hotel, colorful signage, beautiful cocktail-waitress uniforms, and the super buffet. Carnival World Buffet of the Rio’s was a roaring success with its specific cuisines: Mexican, Italian, pizza, steak, etc. Rio also brought the first-ever Mongolian grill to Las Vegas.

The buffet is still a very thriving business, and with every year comes several new trends related to the buffet. Buffets are very experimenting. There is always a new addition to the spread, dishes made by celebrity chefs and the otherwise unknown cuisines; everything is available at a buffet. Most places also add a luxury side to buffets by incorporating exclusive passes, line passes, and gourmet add-ons. For example, you can get a lobster tail at the Excalibur buffet by getting a $10 upgrade. The alcohol lovers have a liquor buffet for the price of one casino-bar cocktail.

The most celebrated and popular upgrade to the buffet is the chef’s table. This idea is inspired by elite restaurants, giving the guests an offer to sample food items and connect with the head chef. The buffet’s most recent rage is the live cooking stations, allowing the guests to sample the dishes while enjoying a bit of a show. Different set-ups have also been crowd attractions. Places such as The Bacchanal have introduced small plate servings, which is beneficial for two reasons: less wastage of food and more customer satisfaction. 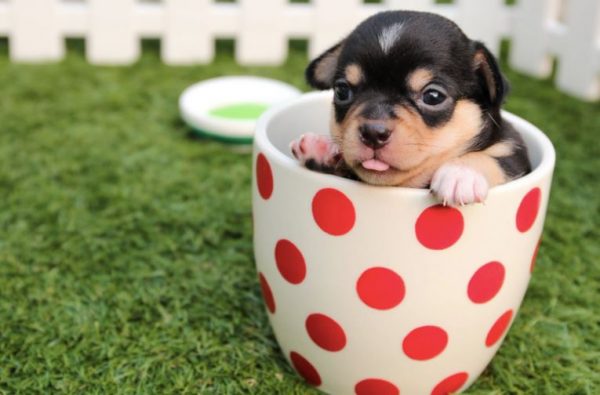 Regardless of how old you are, dogs are the best companions. Dogs can keep you company and can help you fight off feelings of…

Women love to experiment with their hair. After all, it is the most magical feature of their personality.  But as they grow older, most senior…

It’s often stressful to select gifts for your friends and family and especially when it is for an elderly loved one.  If you ask…