Dogs Too High Maintenance For A Senior To Handle

You must have heard of many common dog breeds, and they are so common for a reason. If you compare these dog breeds, you will find that many characters are similar, making them good furry children. When you have a job of your own and probably reaching retirement age too, it would be nice to have a dog to visit parks with or snuggle with, and you could even teach them tricks. However, with age, one cannot expect you to be as active as you once were. Since there are different dog breeds whose energy levels differ, you should pick a dog that is not too high-maintenance. Choosing a high-maintenance dog could add to your troubles, and you wouldn’t want a creature so dependent on you to lose its vitality due to abandonment or inadequate care. Considering what high-maintenance means, a dog could require many exercises or more grooming, or they might be susceptible to several health problems that cause longer vet bills. Below is a list of the most high-maintenance dog breeds, so if your dream dog is on the list, it would be best if you opted for another one.

Akitas are typically large dogs known for being aggressive not only with other dogs but also with people. You must socialize them properly to prevent them from being so aggressive. Akitas are also known for killing small animals. If a child teases them, they might not take it lightly. However, Akitas are excellent when they are well-trained, socialized, and receive a substantial amount of exercise. They can become very protective family dogs. But a lack of training or socializing, or if they don’t get enough exercise, Akitas can become aggressive.

Australian Shepherd is a brilliant and active dog breed. They need plenty of mental stimulation and exercise. Lack of any of these leads them to become aggressive or destructive. Initially, the Australian Shepherd was bred to herd sheep. Its innate nature is to herd everything- from children to bicycles to other dogs and even cars. According to studies, about a third of the total population of Australian Shepherd suffers from some extent of noise phobia. It would be safe to say that this dog breed does not wear out even if you do, and he always needs something creative to keep him stimulated and engaged.

Suppose you have ever had the opportunity to see a Belgian Malinois involved in police work, obedience training, or search and rescue missions. In that case, you will know very well that these dogs are extremely smart and driven to their goal. However, this dog breed needs a home that is suited to their unique needs. Since they are so driven, they need mental and physical exercise, the lack of which may lead them to become overly excited, aggressive, stressed, bored, and ultimately, become a huge challenge for the owner. This canine needs a ton of dog sports to match his work ethic and energy levels.

Besides the Australian Shepherd, the Border Collie is another dog breed that is excellent at herding. But sometimes, this innate nature could manifest itself in a dangerous and harmful way. If they don’t get enough exercise, they might nip at people’s heels, even those who are their owners, and chase after bikes and cars. To channel their built-in instinct, you would have to enroll them in herding courses which would stimulate them physically and mentally. Thus, you probably have understood why a senior person should not opt for this breed with its high energy levels.

One crucial aspect you need to focus on before getting a dog is how to potty train it. But the dog breed Brussels Griffon is tough to potty train. They are known to be the ultimate velcro dog breed. Suppose you want a dog breed that follows you everywhere you go, even to the bathroom. In that case, the Brussels Griffon may be right for you. Still, it would be best if you remembered that they are susceptible to separation anxiety issues. If you are still doing a job, you could wait till your retirement to get this dog as they prefer owners who generally stay at home.

This spaniel is another dog breed that requires your full attention and does better with owners who stay at home all day. This spaniel was bred specially to keep company with a person who stays at home. Thus, if you are still working, it would be best to get this dog after retirement. They have issues of separation anxiety as well. Plus, they need regular grooming; you must brush their fur, so they don’t develop painful fur mats.

Initially, the bulldogs were known to be larger. However, that has changed over the years due to how they have been bred. They have a squatty appearance with a flatter face and many wrinkles. But, this kind of selective breeding did not help the nature of this breed. Such breeding led them to be prone to numerous health problems, including eye disorders, overheating, breathing difficulties, joint issues, and skin conditions. With these health problems comes larger vet bills, so you might want to avoid this breed if you are a senior person.

Thus, you can see why some of these dogs would not be ideal for a senior person. Yet, some dogs like the Cavalier King Charles Spaniel or the Brussel Griffon are good dog breeds which you can opt for after retiring as you will be home most of the time to take care of them. Your pet would be wholly dependent on you, so you should make a conscious and informed choice before bringing a dog home. 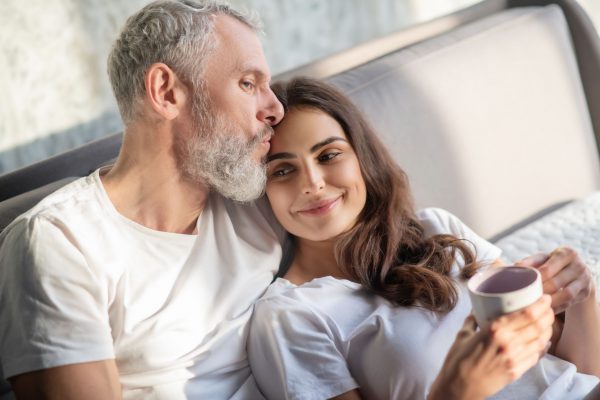